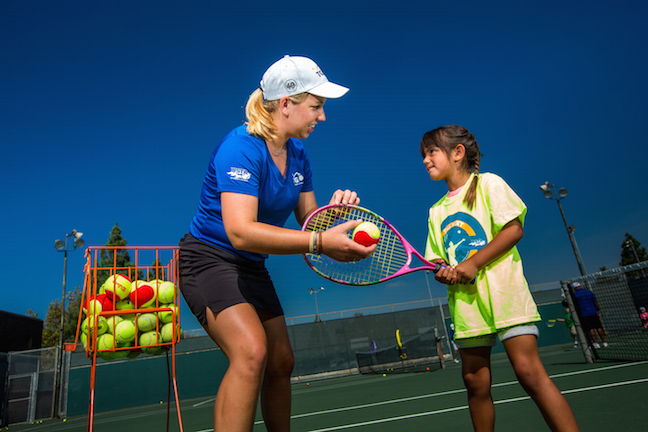 Entrepreneur's 35th Annual Franchise 500®, which appears in the January 2014 issue, recognizes the top 500 franchise companies. Over 850 franchises were judged by multiple factors, including financial strength and stability, growth rate and size of the system.

"TGA is the first school-based activation model to grow the sport of tennis through a sustainable business model delivered by entrepreneurs," Joshua Jacobs, founder and CEO of TGA, said. "We are very excited about the initial growth we have had with our tennis franchises and to be recognized among the Franchise 500 is a testament to the success that our franchises are having across the country."

TGA began offering its innovative Premier Youth tennis franchises just 18-months ago, and already the company has grown to 24 across the country serving more than 400 schools.

TGA, which stands for Teach-Grow-Achieve, pioneered a school-based youth sports franchise model in partnership with the United States Tennis Association (USTA) that makes tennis accessible to youth and families through an instruction-based program for elementary students, and a play-based program for middle school students. Its specialized curriculums were also developed in partnership with the USTA and focus on instilling a passion for tennis while promoting advancement, achievement, core academics, and the attainment of life skills on and off the court.

TGA's youth sports franchise model is developing business ownership and job opportunities in the tennis industry. By bringing tennis directly on to school campuses alongside mainstream sports and increasing youth participation it is also having a direct impact on the growth of the sport.

Entrepreneur Magazine previously named TGA franchises a "Top 10 Franchise Value" in 2010 based on total startup costs. In addition, the publication has ranked TGA among the top children's fitness, low-cost and home-based franchises the last few years.

For more information on TGA, visit www.playtga.com or follow @tgayouthtennis.

About TGA Premier Youth Tennis (TGA)
TGA is a school-based youth development program executed through franchises. Its franchisees are self-starters who enter the tennis industry because they have a passion for helping children become involved in youth sports. TGA introduces youth to tennis at elementary and middle schools, child care centers, and community organizations through a multi-level enrichment program before transitioning them to tennis facilities and USTA programs nationwide. TGA is a national partner with the United States Tennis Association, Wilson Tennis, The President's Challenge on Physical Fitness, and the National Council of Youth Sports. TGA is also a national supporter of the Afterschool Alliance and Lights on Afterschool.